For my project I chose to create an HDR (High Dynamic Range) photograph. I found some good information at http://www.digital-photography-school.com/setting-up-your-digital-camera-for-hdr-shooting.

Finding a good HDR photo was a lot harder than I thought. I took some photos at Jump Creek Falls and there were a bunch of rambunctious children there that kept getting in the way of my view. They were throwing rocks and tennis balls in the water, so I was a little frustrated and in a hurry. I didn’t do everything exactly how I was supposed to, but would like to try it again really soon. For starters, for HDR photography, the camera is supposed to be set to Aperture Priority Mode. This is to make sure that the objects in focus are consistent. Well, I was in a hurry and forgot to check the setting on my camera. I shot in Program AE Mode instead. The aperture used was f/5 and f/6.3, which accounts for the out-of-focus foreground. The aperture should have been at least f/11. ISO should be set at 100, which I used 200. I used a tripod, which is recommended. Yay! I did something right! And I used a shutter release cord to take the photos so that I wasn’t pushing the button, causing the camera to move. The focal length of my lens was 18mm. I used my 18mm-55mm lens. I also used a UV (ultraviolet) lens filter, which I’m not sure if that made a difference or not. I should have used Manual focus rather than Auto focus. I used Exposure Compensation –1 , –2, 0, +1, and +2. I shot the photos in RAW.
Once I got back home and uploaded the photos onto my computer, I used Adobe Lightroom 3.2 which I just recently purchased, so I’m still getting used to it. I tweaked the images that I was going to use, getting rid of any graininess or “noise”. I used the Lens Profile which corrected the photo to get rid of the curve that the lens made when I took the picture. Then I transferred them to Photoshop CS5 as a Merge to HDR Pro. These are the photos I used:

I only used these two because the others just didn’t seem to have any qualities that I thought would help the photo.
For the first time around, it came out with this:

To tell you the truth, I wasn’t too impressed. It really looked flat and didn’t look very “HDR”. So I tweaked it a lot. I changed the contrast of the image quite a bit. This is what I got:

The waterfall looked plain to me and not as white as I’d liked. Also, the rocks near the sky looked a little too blue and purple to me. So I created an adjustment layer using “Selective Color” and took out the Cyan by –100%, and under the “Blue” menu, muted the Cyan and Magenta by –60%, and increased the Yellow and black by 60%. Then under the “Magenta” menu, I muted the Magenta by –100%, increased Yellow by 97%, and Black by 91%.

But the green grass alongside the waterfall was almost neon green. So I created another Adjustment Layer and masked off everything but the grass. Then I changed the Hue and Saturation a bit and toned down the opacity of the layer to 75%.

The waterfall still looked a little plain to me, like it needed a little “boost”. So I created another layer and painted white over the waterfall, then changed the blending mode to Soft Light. I really needed to do something about the sky. I didn’t like the white sky, so I copied a photo that I had taken of the beautiful blue sky and clouds and inserted it as a masked layer.
And voila! My masterpiece: 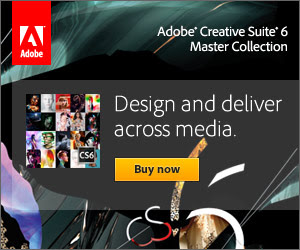