My 12-year-old daughter is very thin and very tall. She goes to a charter school so she has to wear uniform pants. I’ve bought uniform pants from several places (French Toast, Walmart, K-Mart, Children’s Place), only to find them all too short for her long legs. She has gone to school in the winter a few times with shorts on because she’d rather wear shorts than “high-water” pants. These pants are a good 4 inches too short. So I decided to make her some pants. She went through the pattern catalogs and chose McCall’s 6610.

I am so pleased with how they turned out, and how simple the instructions were. They took me step-by-step with clear instructions and plenty of diagrams. The pattern even comes with fitting tips and how to make quick mock pants to try on before making them out of the expensive fabric. The mock pants were slightly loose in the waist, so I did some adjustments. And they were really long—covering her feet. However, I did not hem the mock pants legs at the bottom because I was just using them to see how they fit, so they would be about 1 1/2” shorter.
I read reviews on http://sewing.patternreview.com. Things to be expected were a loose-fitting and high waist, super long pants legs, short front pockets, and wrong instructions in step #37 and #44 where it says to edgestitch on the right rather than the left. However, the instructions in my pattern are correct. When the pants are facing us (front facing), the left side of the pants is on our right side. No matter whether it is the front or back, the left side of the body is always the left side, so the left front will match with the left back.
A few notes I made is that when stitching the front pocket to the front stay (step #9), it is best to first sew the curved pocket line, then the front stay along the lower edge. Before continuing to baste the edges together (step #10), iron and re-pin in place.
I didn’t understand why step #22 has us stitching the front sections together only about an inch and a half, then adding the zipper and fly, which would be a lot easier to add if the front sections were not stitched. So next time I will skip step #22.

The waist was a little loose, so I took off 1/4” on each side of the yoke piece in the back, tapering it to meet the back leg pieces. Tapering it actually made a little bit of a curve in the back where it meets the back leg pieces. Next time I’ll just leave it how it originally is, or take off a fourth inch from both yoke and leg pieces. The waist was not too high, as stated by some reviewers. It sad about an inch or two below the belly button, just as it shows on the front cover of the pattern.

I trimmed the waistband an inch to make it fit more snug, but it needs to be longer in order to fold it over at the ends and have room for the button. In fact, It should have been about an inch longer than the original pattern. Sewing the button and button hole further from the edge helps to tighten up the waist.
*I later discovered another way to add a “swayback” from a review from CLEVERKITTY. Here’s her photo: 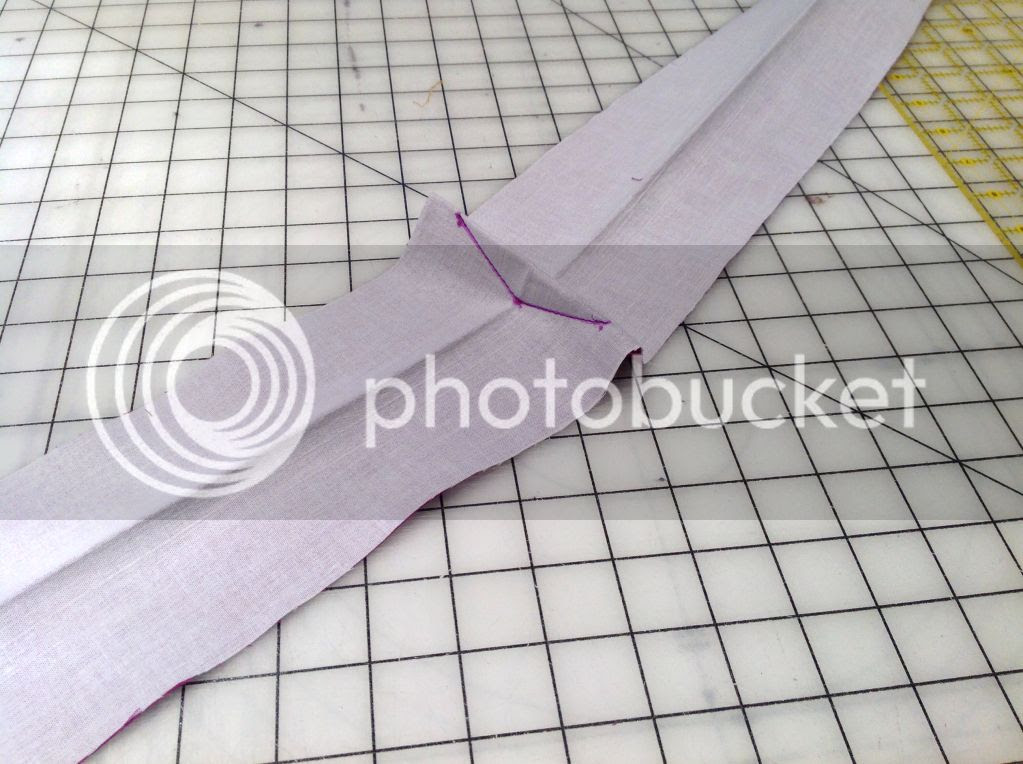 The front pockets were in deed small, so plan on drafting new pieces for the pocket, lining, and front stay to make the pockets longer. As recommended by reviewer sharondipity, combining pocket lining and front stay to get rid of the extra seam is an awesome idea. Here’s a photo from her blog, which has been very helpful: 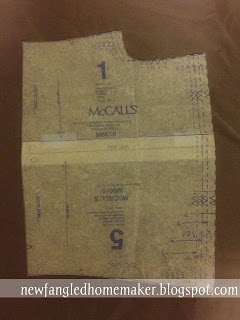 Since the mock pants were so long, I decided to use the “petite” lines to shorten the legs about an inch and a half. It was perfect. Any shorter would be too short and I may not shorten it next time.
For uniform purposes, I did not make the added pocket in the right front nor did I make back pockets. I also omitted the belt loops for the sake of getting it finished, but will add them later.
The pants fit perfectly, as though they were designed just for her (big smile). I’m almost afraid to wash them in fear of them shrinking. I did steam and iron the fabric before cutting, so hopefully that will prevent shrinkage. I always steam and iron fabric before cutting and have never had a problem.

My daughter’s measurements are 25” waist, 30” hip and 30.5” inner leg length. She’s about 5’3”, just under 100 pounds. I used pattern size 6. Fabric I used was Sew Classic Bottomweight Classic Twill Solid (black) from Joann Fabrics (on sale for I think $6.24 a yard after my discount), which I probably used about 1.25 to 1.5 yards. I used the same fabric for the lining. I used a 7” zipper (shortened to 4”) that I bought at Honks for 88 cents years ago. I used cheap $1.50 fabric from WalMart for the mock pants. The pattern was $1.60. All in all, the total cost to make the pants was probably around $12. It took about 8-9 hours after cutting out the fabric (not including the mock pants—that was probably a couple hours since all that was needed was the pants legs, yoke, and unfinished waistband), with some seam-ripping and re-sewing (due to the waistband that I cut short and had to recut), and some problems with the button (due to my bobbin casing getting stuck and the fact that I first sewed the button hole up and down instead of side to side).